Not quite first draft, there have been a few other versions. This is the latest – again a collaborative effort with CStM. Opinions welcome. 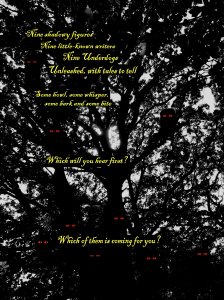 I probably have to add a ‘not for children or the weak’ notice, to be on the safe side…

Update: The wording might be ‘Not suitable for children, Puritans, the hard of thinking or the perpetually offended.’ That should cover it.

23 thoughts on “The back cover – first draft”